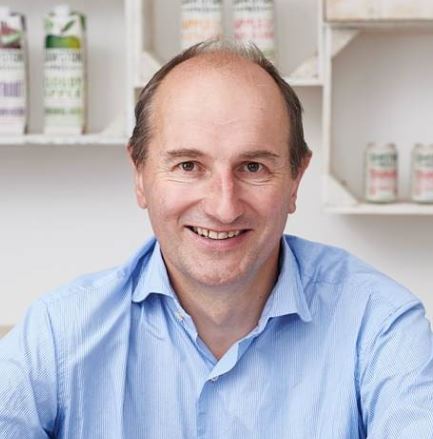 WILLIAM KENDALL – My Life with Brands

William read law at Cambridge University and completed an MBA at INSEAD in Fontainebleau. He was awarded an honorary doctorate from the University College Suffolk. In his twenties he had short careers as an army officer, a barrister and an investment banker. Over nine years he built up The New Covent Garden Soup Company before selling it to a public company. He and several colleagues then bought the embryonic Green & Black’s from its founder and grew it to an international brand which they sold to Cadburys in 2005.

He is advisor to or director of many organisations, both public and private including Cawston Press, a fast growing premium soft drinks brand, Samworth Brothers, a large, family owned food manufacturer and, main market listed investment trust, Keystone. He is a Trustee of The Grosvenor Estate and director of Wheatsheaf, the holding company of Grosvenor’s non-property businesses which concentrates on, amongst others, agri-tech opportunities. He is also a Trustee of Gascoigne Cecil Estates which oversee the assets of the Marquess of Salisbury and the Cecil family. He is a Trustee of Snape Maltings an internationally renowned art and music organisation most famous for the annual Aldeburgh Festival.

William farms organically and conventionally in East Anglia. He is an active environmentalist and a campaigner for better food and rural issues. He is President of The Suffolk Wildlife Trust. He speaks and writes regularly on these issues as well as on innovation and the creation and fostering of entrepreneurial cultures in all types of organisation. He was High Sheriff of Suffolk 2016 – 2017 and maintains links with many NGOs and volunteering organisations within the county.

William lives in coastal Suffolk, where he is a Deputy Lieutenant, with his wife and two daughters.